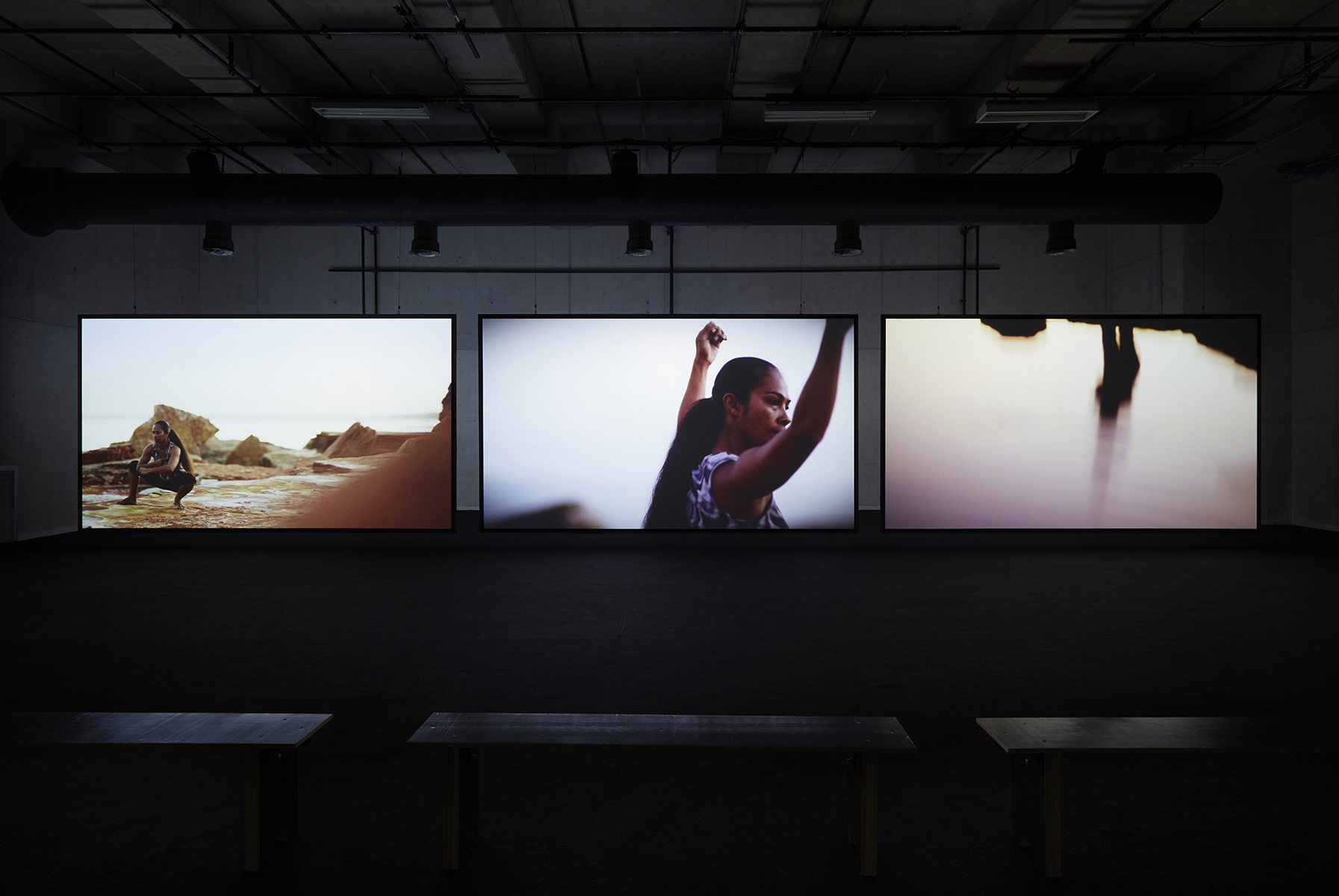 Described as the heart of The National by Jane O’Sullivan at ArtsHub, Gudirr Gudirr has been mesmerising audiences at Carriageworks since opening in March.

“…There are moments of quiet beauty, when she dances on the rocks by the sea, but also deep despair and rage. Ah Kee piles text-based imagery on top, also cutting in shots of a lizard with its head trapped in a can and a snake shedding its skin. It’s a powerful and mounting cry – both an alarm and a call to listen.”
— Jane O’Sullivan, ArtsHub

“…Ah Kee captures the deep-felt turmoil of Aboriginal people with his creation of text on screen, which echo Pigram’s spoken words. The coming together of these two important contemporary artists results in a powerful performance that cuts deep to the core of the devastating impact of colonisation on Aboriginal people in the past, and now.”
— Kirsty Francis, A Rich Life