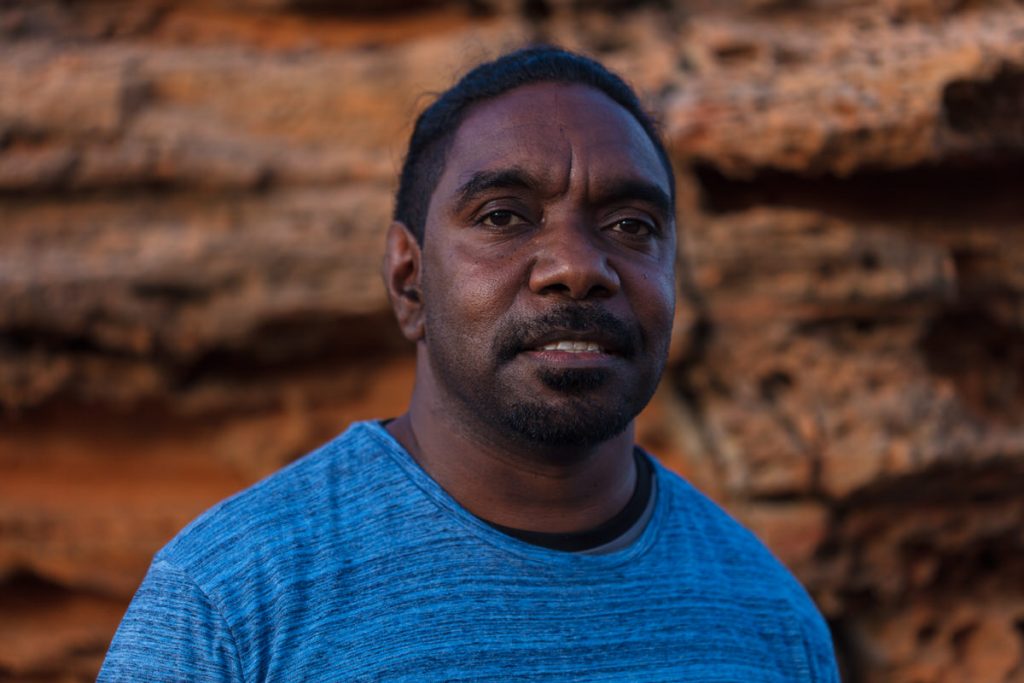 Born in Derby in 1980, Edwin is also known by his traditional name Warrda Lumbadij Bundajarrdi. He is a poet and painter. Edwin grew up in Yakanarra and now resides in Noonkanbah in the central Kimberley and in Broome. His Grandfather Jimmy Pike is a well-known Walmajarri artist and is the reason Edwin has started his career in the arts. Exhibitions include Nomad Two Worlds New York Exhibition 09, Nomad Two World’s Exhibition at the NGV in Melbourne. In 2011 he exhibited in Berlin and Rotterdam Perth CHOGM “Portrait of Diversity”. Edwin appeared in the 2008 documentary “The Reincarnation of William Buckley” (ABC), shot in Melbourne, Victoria. In 2014–15 Edwin was Artist-in-residence at Broometime Gallery where he exhibited solo and in partnership with long time collaborator Paul Boon. Edwin joined Marrugeku for the project Cut the Sky as a writer and co-deving performer. He wrote five poems for Cut the Sky and danced in the work touring throughout Australia, Europe and to new Caledonia. Edwin is currently working with Marrugeku on the concepts for a solo work Ngarlimbah to be developed together with new media artist Sohan Aerial Hayes.