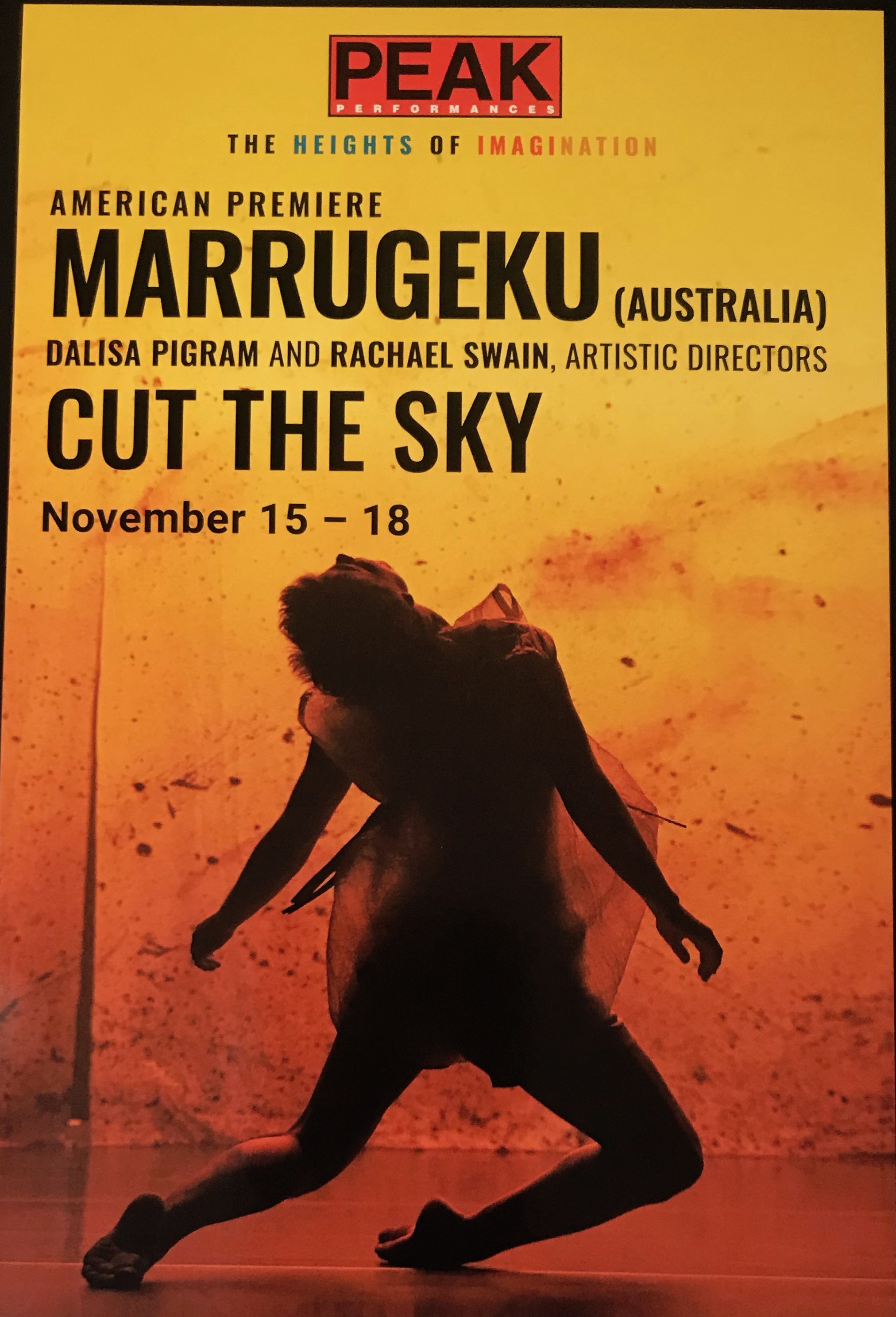 In November we presented Cut the Sky on the lands of the Lenape people, at Montclair State University in their Prestigious Peak Performances program. The multimedia work which features sound and video art by Desire Machine Collective, India, Poems by Walmajarri/Nyikina artist Edwin Lee Mulligan and songs by Ngaiire and Nick Cave, begins in a cyclone. It seems the production summoned its own extreme weather event with opening night being “snowed in” by a freak snow storm in New Jersey. Marrugeku then returned to our friends at the Harbourfront Centre, performing on the lands that have been shared by the Wendat, the Anishinabek, the Haudenosauaunee and the Mississaugas of the New Credit First Nations—land now known as Toronto. Cut the Sky’s themes exploring Aboriginal perceptions of climate change were very topical and well received in this North American premiere season.